Some kids want to be doctors or lawyers when they grow up, for Brandon Young, it was a Power Ranger. So, when the opportunity presented itself, he didn’t waste any time. Master Daniel Madriaga signed Brandon up for a martial arts class when he was only 3 years old. Shortly after, Brandon knew he could fulfill his dream becoming a real-life Power Ranger…a martial artist!

From combat sparring to traditional forms, Brandon has found enjoyment in not just the sport itself, but the Life Skills too—Belief being the life skill that resonates with him most. “Belief is the best example of the motivation that I have received throughout my training. If you believe in what you do, you can accomplish anything. Belief is the starting point to being successful,” he says.

Trained by his instructor, Master Daniel Madriaga, Brandon has acquired the skills of a true champion—earning 55 State Championship titles, 14 District titles and 1 World title. He gets most of his determination and drive from his favorite quote said by Eternal Grand Master H.U. Lee, "Today not possible, Tomorrow possible.” That is why he never backs down from a challenge. With his double bo staff in hand, Brandon is ready to take on the future with a positive outlook.

He is currently a 3rd Degree Black Belt and trains at ATA Black Belt Attitude School in Simpsonville, South Carolina.

A little more about Brandon:

Coolest Place Ever Been: Hollywood, CA

If He Could Have Any Superpower: Super speed

City He’d Love To Live In: Philadelphia or Los Angeles 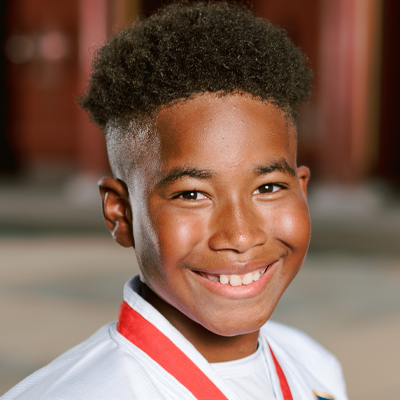 GET READY FOR FALL NATIONALS!