After seeing his brother participate in martial arts, Augustus decided to join in on the action. Now he’s two years in and loves it! He especially loves practicing with weapons such as swords. His favorite thing about competition is putting his skills to the test. Since becoming a martial artist, it has influenced him to train harder so he can become big and strong just like his dad. His top life skill is communication because it allows him to talk and play with anyone he meets.

Augustus joins us from Bentonville, Arkansas, where he learns all the best moves with Senior Master Matthew Blomquist. When those training sessions get tough, Augustus’ go-to motto is “practice conquers fear!”

We are excited for this tiger to be a part of the ATA Brand Ambassador family!

A little more about Augustus Artis:

If He Could Have Any Superpower: Super Strength

His Hobbies Outside of Martial Arts: Archery, basketball, swimming, skateboarding and all things Pokémon related 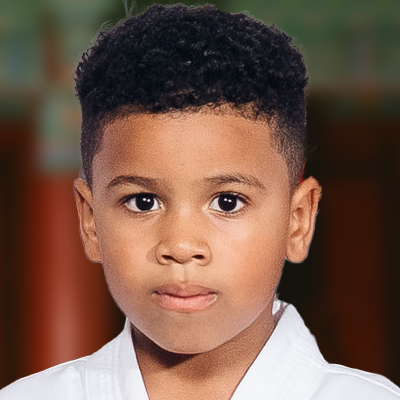